How to Stop Being a Victim of Your Circumstances 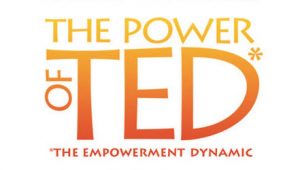 I just finished reading “The Power of TED, The Empowerment Dynamic.”  I found this short, easy-to-read parable quite fascinating.  It was so enlightening that I have been talking to everyone about it.

This book as truly opened my eyes to the way I moved through a good portion of my life, in fact the default way that most people do.  My intention in writing this is to share “The Empowerment Dynamic” with you so that, like me, you can learn how to stop letting life happen to you and start choosing to live the life that you want.

There are three roles in the DDT: the Victim, the Rescuer and the Persecutor.

Our Victim feels powerless in the world.  Everything happens to him and his self-identity is “poor me.”

The Rescuer protects the Victim and in one way or another helps the Victim to “numb out.”  Although convinced that he is well-intentioned, he enables the “poor me” attitude by responding with “poor you” perspective.

The Persecutor is, in the Victim’s perspective, the reason that he feels powerless.

Which of these roles do you identify with most?

An example of this changeable dynamic is when you had a bad day at work, you had a car accident or something just mildly distressing. (You are the Victim)

You get home and feel that you deserve a reward for suffering through the situation so you head to the freezer to eat some of that Ben and Jerry’s ice cream that is calling to you.  (It is the Rescuer).

A few days later you get on the scale and are devastated that it shows that you have gained a couple of pounds (in this case the rescuer has become the Persecutor).

I see these roles play out in my clients all the time.

When you are in the Victim orientation, your focus is solely on the problem at hand. The problem creates an “inner state” of anxiety, and then the you react in fight, flight or freeze. (React being the key word)

What if there was a better way?

In Victim mode not much gets done, because you don’t feel like you have control over the situation.  The Victim is stuck. Even if he begins to feel better and begins moving forward, he often ends up going back to being a Victim as soon as another hurdle arises.

But, what if the Victim was to have a shift and became a Creator?

In fact, the opposite of Victim is Creator.

In this role, the focus is on the vision or the outcome…on what you want rather than what you don’t want.  That isn’t to say that problems don’t come up, they do. But the Creator solves them and moves on; he responds to them with passion and focus taking baby steps.  (Respond being the key word)

In The Empowerment Dynamic, the Persecutor becomes the Challenger, and as the opposite of the Persecutor he looks at what happens as “a call to action, learning or growth.”  And, the Rescuer becomes a Coach.

For the Coach there is no such thing as a Victim.  He sees everyone as a Creator, and in doing so he mentors and guides the Creator asking questions and offering baby steps to assist the Creator in achieving his dream or his outcome.

All of a sudden, the same situation takes on a completely different feeling!

This little book has sparked in me a whole new awareness of how I used to move through life, and how I want to move through the rest of my life.  To live life to the fullest, it is necessary to become a Creator. No matter what obstacles are put in front of me, and there will be many, I get to choose how I respond to them.

What do you choose to be… a Victim or a Creator?  To be challenged or persecuted?  To be rescued or coached?

“Every choice in life either moves you forward or keeps you stuck.”  -Oprah Winfrey 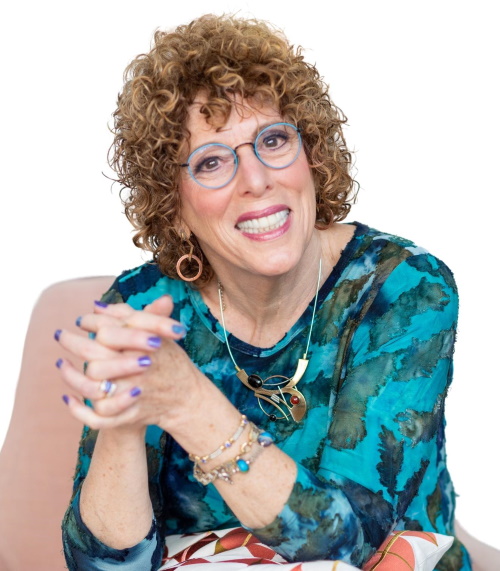 Judy is an Immersive Wellness Coach who inspires, empowers, and educates clients who are suffering with chronic health issues, but want to engage fully in both their lives and careers without health issues holding them back. Using personalized functional medicine principles, Judy collaborates with her clients to uncover the root causes of their unique health concerns to employ the best methods for rapid recovery.

Judy supports her clients to learn how to take charge of, and to confidently control, their own health and wellness for long-term results.